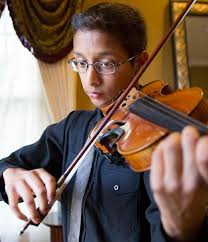 He has won several local, state and international violin competitions and awards, and made his Carnegie Hall debut at the age of 12 with the Carnegie Honors Orchestra of North America. Subsequently, he was chosen to perform a recital at Carnegie Hall at the age of 13. He was recently invited to take lessons with the legendary Maestro Aaron Rosand, renowned violinist and Professor at the Curtis Institute of Music. Ajay has also studied with Victor Danchenko of the Royal College of Music, London, Christina Khimm of the Mannes College and Manhattan School of Music, as well as John Chisholm of the San Francisco Symphony.

Ajay is currently a member of the California Youth Symphony under Maestro Leo Eylar where he has played as Assistant Principal and first violinist. 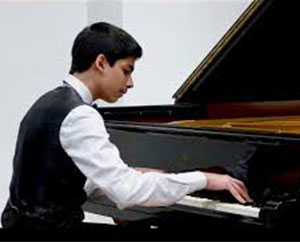