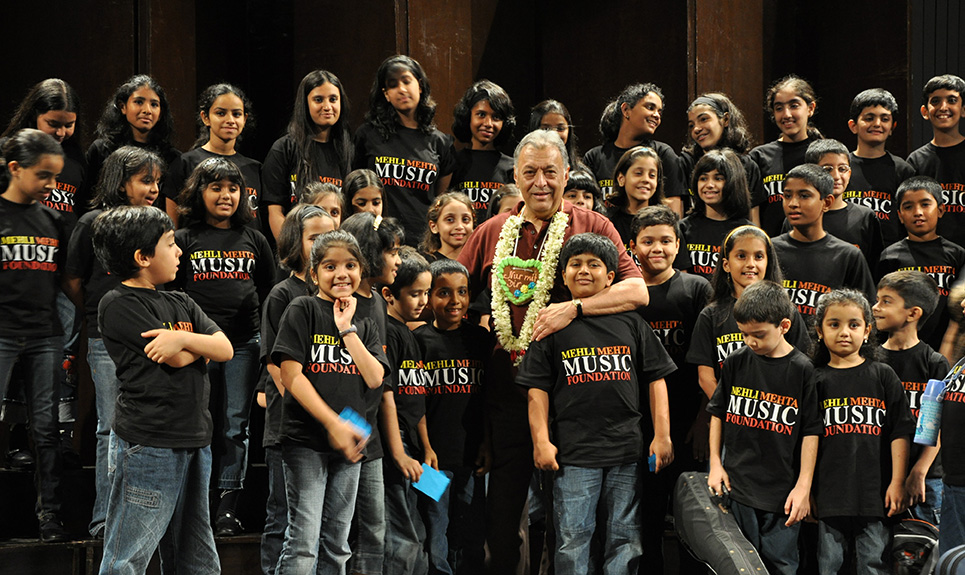 Established in 1995, the Mehli Mehta Music Foundation (MMMF) is a not-for-profit organization that promotes western classical music through the presentation of high quality concerts and music education for children. The Foundation honours the late Mr. Mehli Mehta ( 1908 – 2002 ) , a conductor and violinist who lived in Bombay until 1954 before he emigrated to the UK and subsequently to the US, where he was conductor of the American Symphony for 33 glorious years. Between 1930 and 1954 he mentored a whole generation of aspiring musicians in Bombay and was the Founder of the Bombay String Quartet and the Bombay Symphony Orchestra.

The MMMF’s mission is to create greater awareness and appreciation of western classical music, to share knowledge and understanding of this music, and make music education and the joy that comes with it, accessible to all.

The MMMF is dedicated to initiating, assisting and implementing the process of opening its doors and the doors of the city of Mumbai to the music of the world. The Foundation is most appreciative and deeply indebted to Zubin Mehta for his personal involvement in all aspects of the Foundation.

The Foundation has also raised the public profile of western classical music through its presentation of some renowned international orchestras, soloists and ensembles in Mumbai, and its annual Chamber Music Festival “Sangat” in past years.

Sangat, the first ever chamber music festival initiated in Mumbai by the MMMF, had 19 successful seasons and became a significant meeting point for exceptionally talented Indian and international musicians.

The Foundation’s education programmes cover a wide spectrum of activities including early music education, group classes, instrument lessons, choir, string ensemble, chamber music, theory and history of music classes. Your support is crucial to our development and mission to make music accessible to everyone.